Full disclosure, sometimes this girl on a budget’s idea of a cheap dinner is opening a bottle of wine and calling it a night.  But I’m supposed to be an adult now and drinking your dinner is neither classy nor nutritious.  So what’s a delicious way to serve a hearty meal on a shoestring? Soup!  This delicious black bean soup to be specific.

I hit Trader Joe’s for my groceries this week, here’s the run down:

Assuming you have somewhat of a stocked kitchen, you may have these pantry items on hand (AKA no cost):
½ Tbsp crushed red pepper flakes
½ Tbsp cumin
1 tsp cayenne pepper
2 Tbsp Worcestershire sauce
2 Tbsp ketchup
S&P

Start by cooking the bacon in a big soup pot over medium heat.  When the fat begins to render out and the bacon looks nice and crispy add the chopped onions.  (Note: my bacon was rendering A LOT of fat so I poured some of it out for use at a later date.)

Cook until the onions turn translucent, about 4 minutes.  Add the garlic and cook until fragrant, about 1 minute.  Then add the broth, spices, ketchup, Worcestershire sauce, and tomatoes.  Stir in the beans and bring the heat to high.  Bring it to a high simmer and cook for about 10 minutes, maybe a touch longer.  Taste and season with salt and pepper. 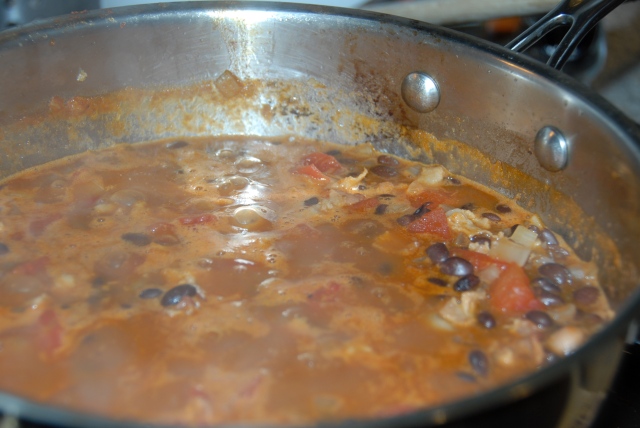 At this point I pulled out the immersion blender to puree the soup but you could absolutely leave it as is – rustic and chunky.  To finish it off stir in the juice from one lime and finely chopped cilantro.

I made a quick garnish with nonfat plain Greek yogurt – simply mix scallion, cilantro, s&p, squeeze of lime juice and a bit of garlic into the yogurt – tangy with a kick! 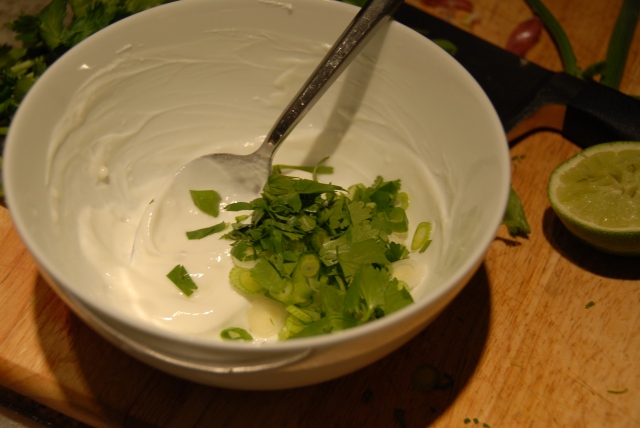 Top with a little (or a lot, no one’s judging here) cheese and dig in!