Posted on September 12, 2011 by hillaryrosemary

There is a bit of a chill in the air now, fall is rapidly approaching, and farmers markets are becoming a bit more sparse… of course there is still plenty of fresh produce to be had!

As quinoa is a really magical food — a legendary complete protein — I needed to find suitable companions for it.

I settled on kale (another superfood), corn (since I can’t get enough of it), and leeks (they looked too good to pass up at the farmers market).

I would chuck them all into a hearty end of summer soup.

Slice the leeks in 1/2 inch rings, white AND green parts, then thoroughly wash them – lots of sand/dirt gets stuck between their leaves! To quote Ina Garten: “There’s no sense in making soup if its full of sand!”.

Remove the thick stems from the kale and give the leaves a rough chop – thoroughly rinse this as well.

Then husk the corn and slice off the kernels.

In a large heavy-bottomed pot (such as le Creuset), heat up the butter and oil.

Add the leeks and saute until they are soft.

Add the kale and saute until wilted – it is crazy how much kale cooks down! 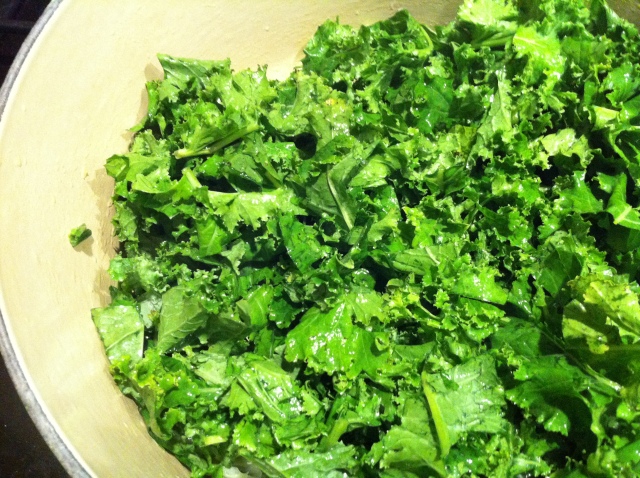 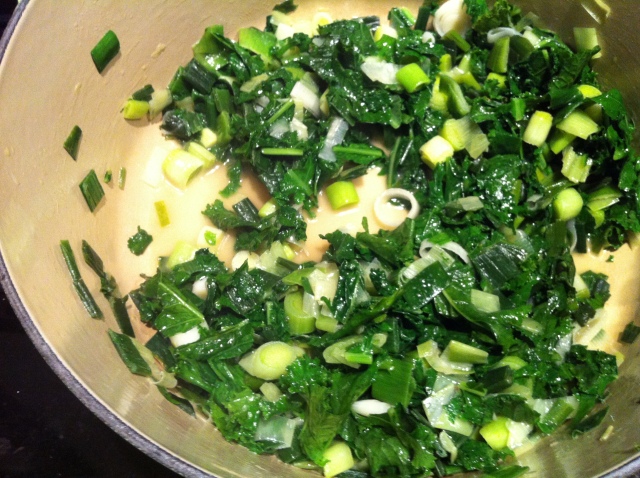 Then add the corn, saute for just a minute or two and add the stock. 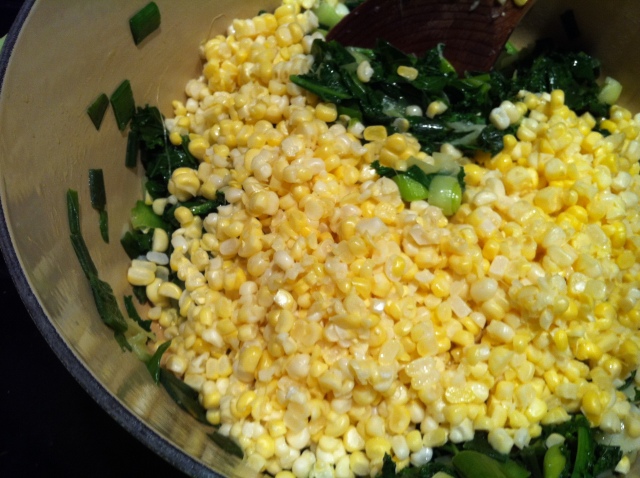 When the stock reaches a simmer, add the quinoa. 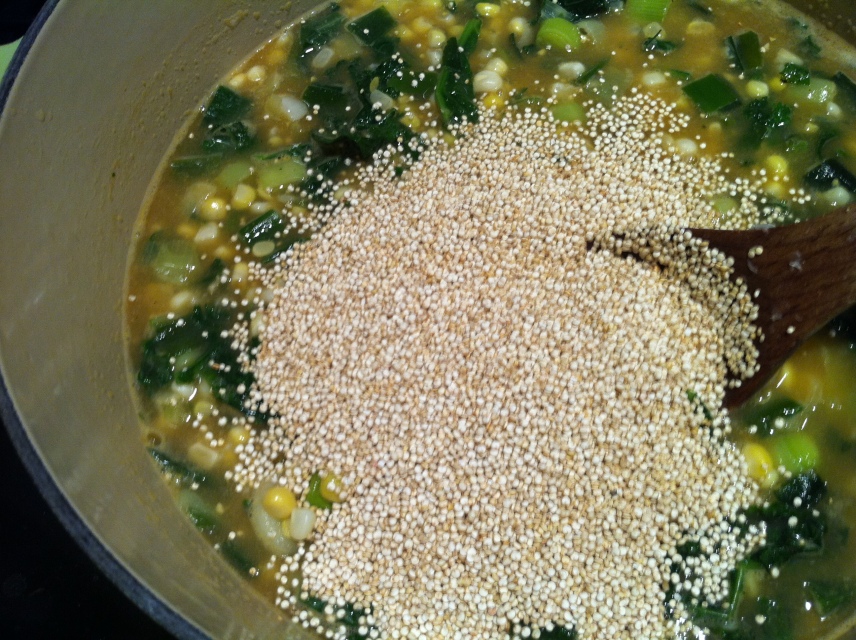 Let this simmer away for a good 15 minutes, adding the coriander, chili powder, and seasoning with salt and pepper to taste.

I put a few steamling ladlefulls into a bowl and chowed down — delicious, nutricious, and VERY filling. 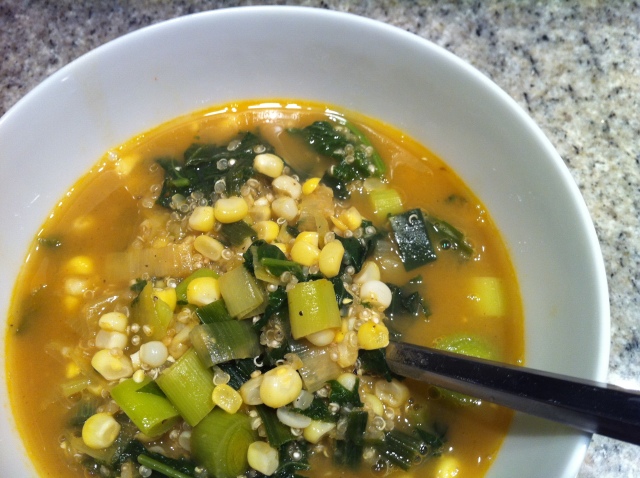 When I looked back at the pot the quinoa had sucked up a little more liquid — it turned from a soup to a stoup. All the more hearty.