Swiss Chard is a green I haven’t had much history with, I always see it around, but usually pass it up for spinach, kale, and the like. So when I passed by a particularly glorious bunch of it on a rainy day at the farmers market, I simply had to buy it.

In case this turned out to be a green I didn’t like so much, I decided to cushion the blow with pasta and gobs of fresh ricotta. You could toss that together with an old boot and I’m sure it would be divine.

For 4-6 servings you will need:

Olive oil
1lb penne
1 bunch swiss chard
4 cloves of garlic, minced
1 cup ricotta (if possible, make it yourself! It is so easy!)
S+P to taste

This dish is super simple to prepare.

Heat up some olive oil in a large pan, saute the garlic, then add the swiss chard. After washing the leaves I tore the bunch in half, and also removed any exceptionally large ribs as they probably wouldn’t be that tasty. The chard is done when it is deep green and quite tender.

In the meantime, get some water going for your pasta, then cook your pasta according to the package. I used penne but any short pasta would work — preferably one with little nooks and crannies to capture the tasty ricotta and garlic.

Swiss chard, like spinach, is one of those leafy greens that really reduces to nothing when it is sauteed, I started with a veritable mountain of the stuff, and ended up with maybe a cup. Magical! 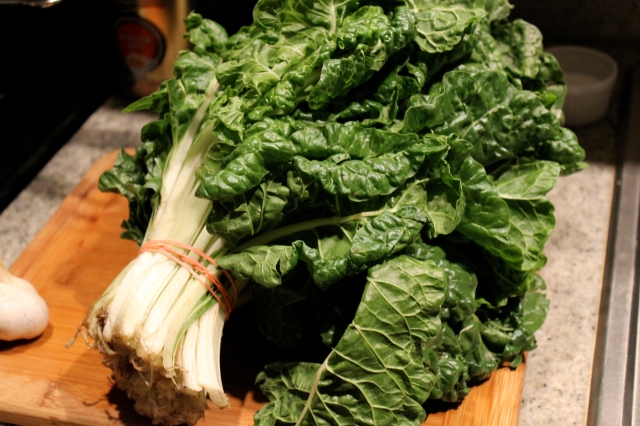 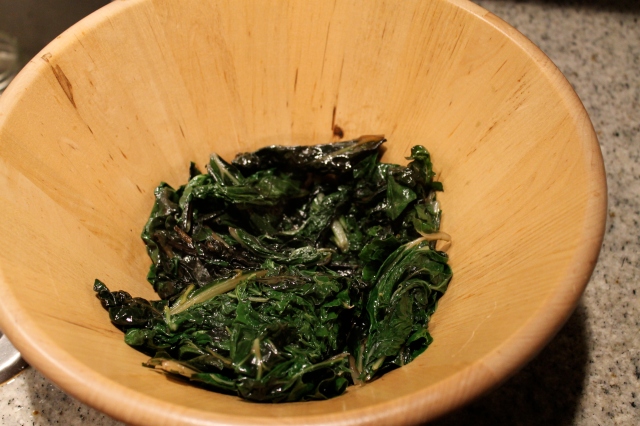 Toss the pasta, swiss chard & garlic, and fresh ricotta together. Season with S+P and serve warm! 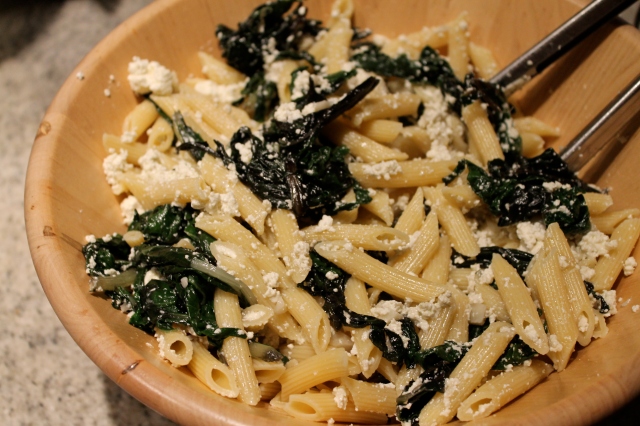